The creation of yet another masterpiece ...in 5 easy steps!

Step #1
The amazing Supergroup, The Malamondos (malamondos.com), has the business savvy to hire me to do pretty much ALL their promotional artwork (sorry U2, I'm booked!).
For their upcoming CD, Diabolik Sonik, Troy (ear bleeding, windmill playing, guitar smashing artiste), emailed me a cover sketch he penciled that he proudly proclaimed was "the greatest drawing EVER" and "Don't change a thing"! I agreed (having just finished reading, "How to Win Friends and Influence People"), but said I might make just a few little tweaks. 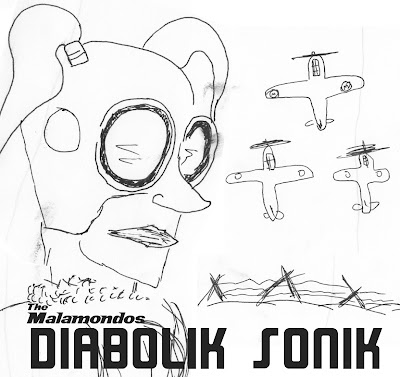 Step #2
First round of pencils. Troy explained wanted a more menacing steampunk look. I was thinking the invading forces were the good guys, but I had it backwards.
He also said, "Make her tits really, really big!"
I tried to explain that women are not just a collection of body parts and their most sexy organ is their mind, but I might as well have been just talking to a brick wall. 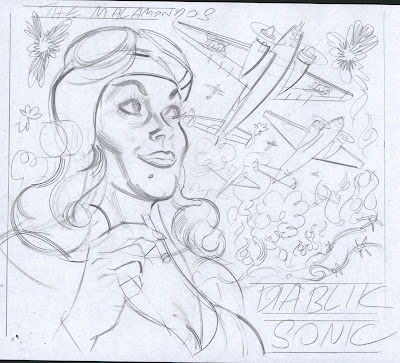 Step #3
Second round of pencils. Approved!
Now the difficult part, Troy wanted me to revisit the "Classic Mitch" style which meant dragging out my arch nemesis from the coffin it sleeps in during the day, my airbrush. 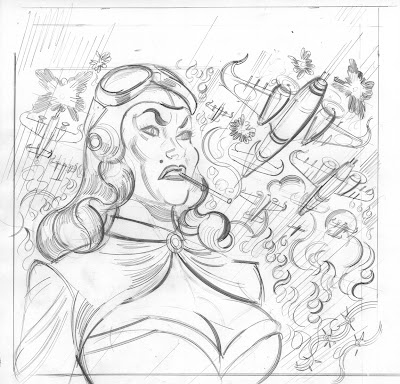 Step #4
Pick out your colors beforehand! Even if everything goes right when painting, it's an annoying and frustrating process. The LAST thing you want to deal with is changing your color scheme mid-painting. Troy was going for a WW2 propaganda look, so I just copied the palette of one of the ones he had emailed. 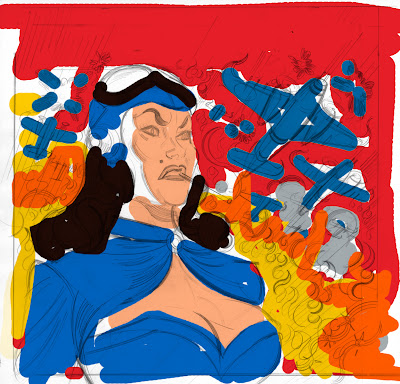 Final Step #5
The hard part, painting the Goddamned thing!
When all was said and done, Troy thanked me for "not changing a thing" from his original sketch.
That Troy! 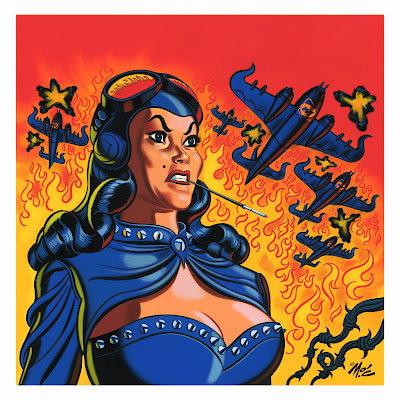